Lilian Manansala is a Los Angeles-based video journalist and writer reporting on the intersections of politics, sociology, culture, gender, equality, and human rights.

She is currently a Video Production Fellow on the News and Documentary team at Insider and was a member of the first cohort of the Vox Media Writer's Workshop in Summer 2021. She received her Master's in Journalism at New York University.

Her work as a choreographer and performer complement her skills as a visual storyteller, director, and producer. 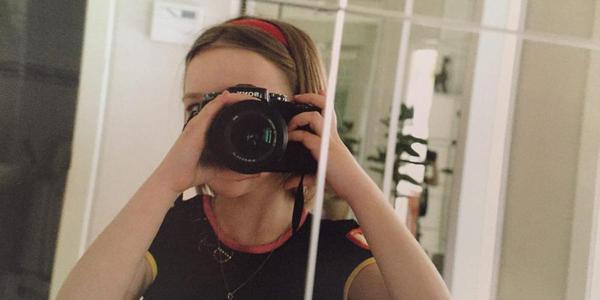 • The daughter of Dmitry Muratov, one of the winners of this year's Nobel Peace Prize, is studying to be a journalist at New York University. • Finley Muratova, 21, sees the honor as a win for the Russian newspaper their father leads, as well as for the journalists killed protecting the freedom of the press. • Among those was investigative reporter Anna Politkovskaya, who was murdered in 2006. Muratova knew her as a child, and they said she's inspired their career. Russian journalist Dmitry Mu 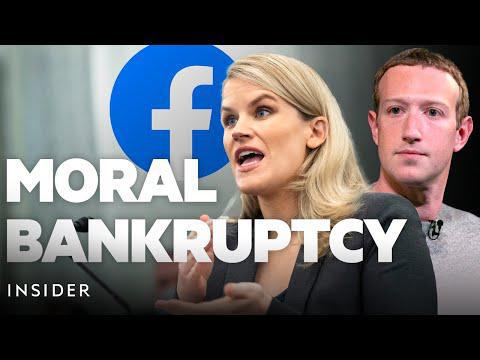 Frances Haugen, a former Facebook product manager, testified at a Senate hearing on October 5. She said the company has repeatedly and knowingly prioritized its own profits over public safety. Haugen stated Facebook should declare "moral bankruptcy" and work with Congress to find solutions. Former Facebook product manager Frances Haugen testified at a Senate hearing on October 5 about how the company knew the damage it was causing to young people but chose not to act on it. 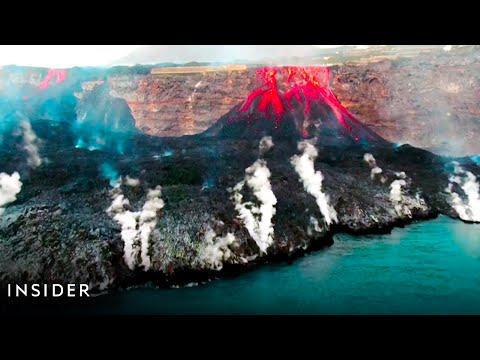 Lava From La Palma’s Volcano Has Reached The Atlantic Ocean

Red-hot lava is pouring into the Atlantic Ocean from Spain's Cumbre Vieja volcano. The lava is expanding the coastline of La Palma island as it cools down. Nearly 1,000 buildings have been destroyed, and 6,000 people have evacuated. A river of lava is flowing from the Cumbre Vieja volcano on Spain's La Palma island after the north side of the crater collapsed. It's pouring into the ocean and expanding the coastline as it cools. 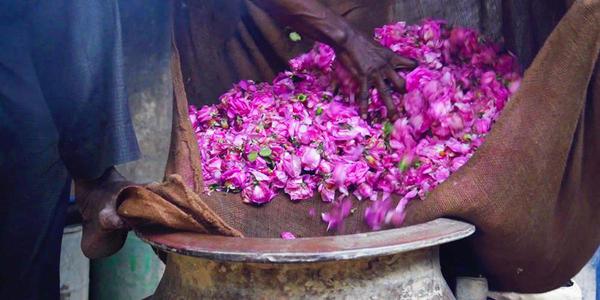 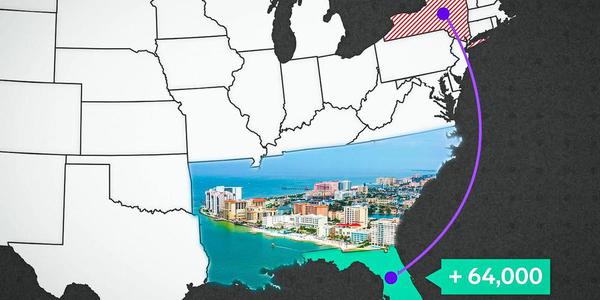 One in every 10 Americans moved during the pandemic. Here's where they went.

Many people left high-cost coastal cities, with some heading for the Sun Belt. The moves are driven in part by millennials buying their first homes. 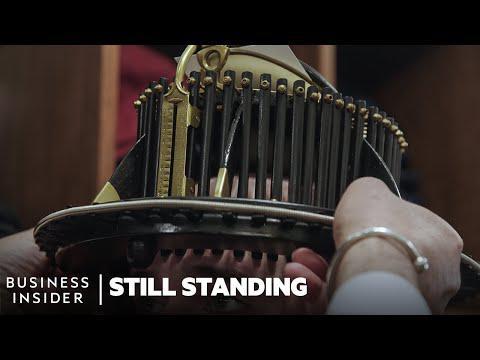 Lock & Co. Hatters has been in business in London since 1676. It's sold custom-made hats to celebrities, royals, and historical figures. Its most famous invention is the bowler hat, known as the Coke. 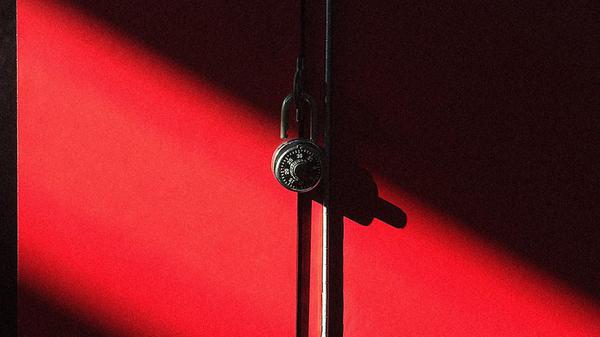 Why Florida teachers are so woefully underpaid

When Jared Smith moved from Orlando to Tampa five years ago, he found a one-bedroom apartment he couldn’t afford on his salary within a mile of his job, so he sold his pick-up truck to make first and last month’s rent and started walking to work. When his colleague MaryAnn Robertson started working in Vermont in 1974, her salary was $6,800. Along with her husband’s bartending income of $12,000, they were able to purchase a three-bedroom home that included a duck pond in the back. The bank even e 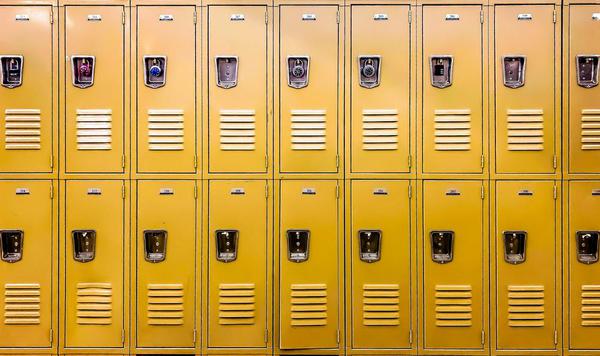 Getting Paid Less To Do The World’s Most Important Job

“We expect teachers to be saints,” said Richard Ingersoll, a professor of education and sociology at the University of Pennsylvania, “that teaching is a labor of love, and somehow we justify that saints don’t need to get paid, saints don’t have mortgages.” 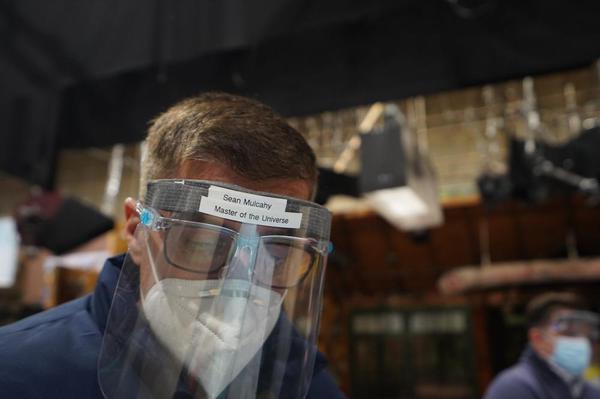 Tenacity in Tinseltown: Assistant Director is a source of constancy in an industry that's become even more unpredictable

(LOS ANGELES)—Settling in a plastic folded chair, Sean Mulcahy looks around “New York Street.” It’s a common trope—a facade available on several television lots around Los Angeles—and almost feels like the real thing. But it’s show business—a facade of a city miles away, built on the CBS Studio Center Radford lot. Though the buildings aren’t real, the livelihoods tied to the lot are. It’s Mulcahy’s job as 1st A.D. on Disney Channels’ Bunk’d to make sure the show can continue to exist safely, eve 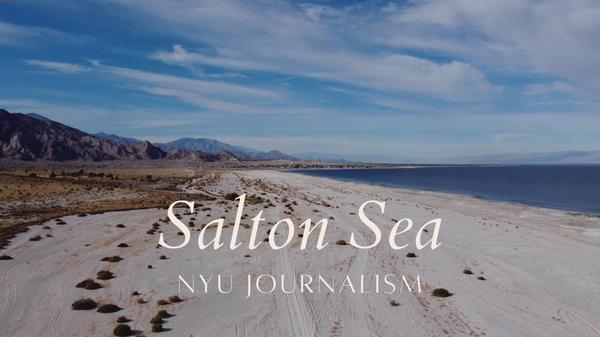 This video accompanies an article I wrote on the Salton Sea https://theclick.news/a-sea-that-never-was-and-the-community-that-is-paying-for-it/Class: Reporti... 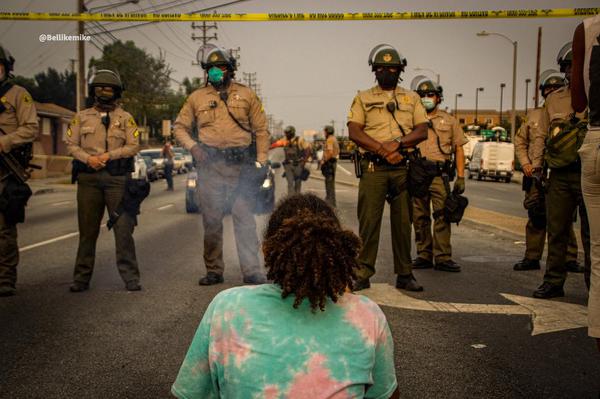 (LOS ANGELES) — When activist and veteran Christina Astorga attended the Sept. 8 “Justice for Dijon Kizzee” protest, she did not anticipate getting shot at with rubber bullets and being handcuffed and arrested — or having her phone taken from her. On Oct. 26 Astorga sued Los Angeles County, the Los Angeles County Sheriff’s Department (LASD), and Sheriff Alex Villanueva for injunctive relief, deprivation of property, and unreasonable seizures under the Fourth, Fifth, and Fourteenth Amendments. 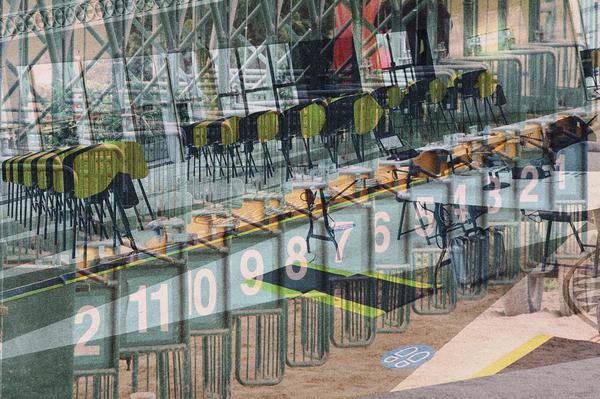 Choosing Process over Policy: The Unavoidability of Horserace Journalism

Photo edited by Lilian Manansala. Race track photo by Suwatwongkham [iStock Getty Images] and Dorothy Chandler Pavilion during 2020 general elections [Lilian Manansala] During the 2016 presidential campaigns, the news stations of television’s biggest networks — ABC, NBC, and CBS — spent a total of 32 minutes on policy issues. The rest of the coverage? Devoted to horserace journalism, a type of reporting that focuses on the game strategy of campaigns and elections. Some scholars, citizens, and 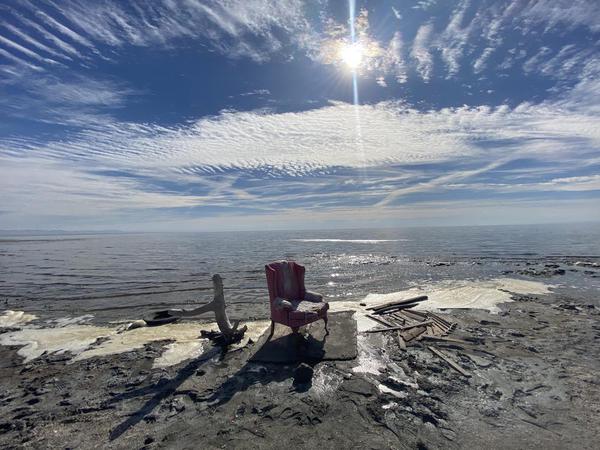 (SALTON SEA, Calif.)—Once a popular tourist attraction and vacation destination for Hollywood elites like Frank Sinatra, the Beach Boys, and Bing Crosby, the Salton Sea is now known for the stench of dead fish on its shores, eerie stretches of abandoned buildings and desolate beaches, and a photographer’s paradise at funky arts enclaves like East Jesus and Salvation Mountain. During its heyday in the 1950s and 60s, the “Miracle in the Desert” at times drew more visitors to its resorts and recrea 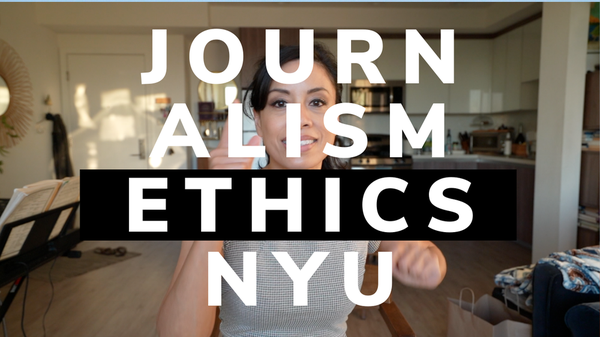 The Internet Research Agency (IRA) has infiltrated American social media in order to sow mistrust, widen divisions, and interfere in the 2016 presidential elections. Lilian Manansala discusses the ethical dilemma of journalists not checking sources only to find out later they utilized posts tweeted by Russian bots. 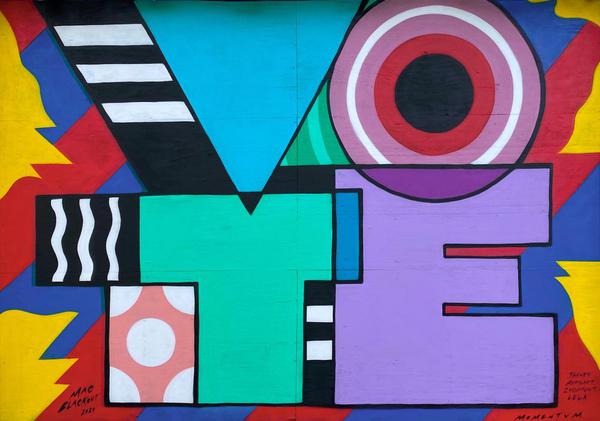 California Says No to Voting for 17-year-olds

(LOS ANGELES) — California residents rejected Proposition 18, the ballot measure that would have allowed 17-year-olds to vote in the primary and special elections if they turn 18 by the next general election, with 55.2% of Golden State voters disapproving the proposal, according to the California Secretary of State website. Had it passed, the state would have joined 18 other states and Washington, D.C. in allowing eligible 17-year-olds to vote in the primary elections. Current California law ma 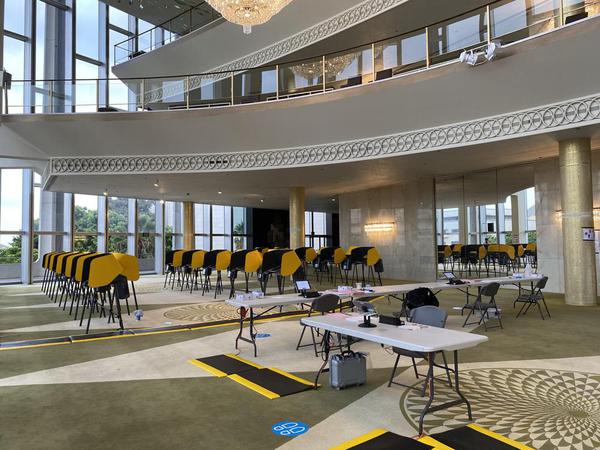 Expecting Long Lines to Vote in L.A. and Finding None

(LOS ANGELES) — On a cloudy Saturday in late October, I filled my backpack with snacks and filming equipment, anticipating a long afternoon of reporting. I was heading over to the Dorothy Chandler Pavilion at the Music Center, a preeminent cultural hub and one of several performing and sports venues throughout Los Angeles that opened up as voting centers. After reading stories about people waiting in line for more than 10 hours in certain U.S. states, I anticipated serpentine queues. I was shoc 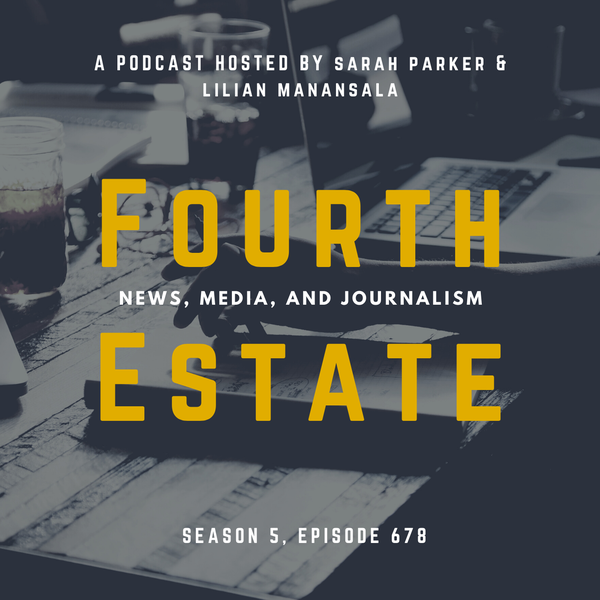 Podcast: 'Fourth Estate' On The Ethics Of A Pen Name

Where is the line between a famous writer’s anonymity versus a journalist’s desire to know her identity? In this episode of Fourth Estate, Lilian Manansala and Sarah Parker discuss whether Claudio Gatti was justified in unmasking the identity of Italian novelist Elena Ferrante. Did Gatti violate her right to privacy as a private citizen or does her fame and success preclude the protection of a pseudonym? 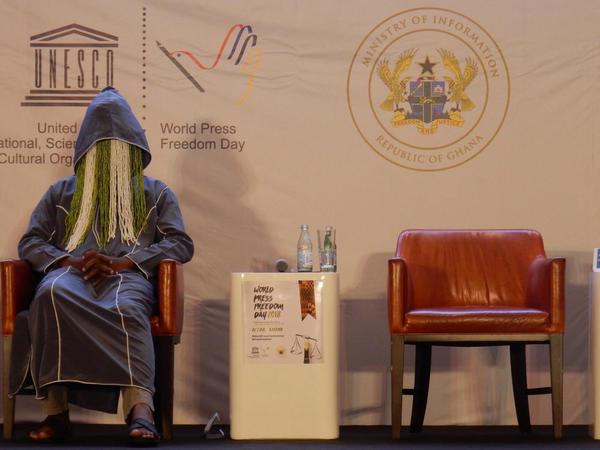 'Name, Shame, and Jail:' The signature of the most renowned journalist in Africa

In Sept. 2015 when Anas Aremeyaw Anas was ready to premiere his film “Ghana in the Eyes of God” on national television, there was already backlash from the release of the documentary’s trailers. Television stations that would have broadcast the film were threatened with lawsuits. As a response, Anas offered complimentary screenings in the capital city of Accra and throughout Ghana because, he said, “justice is for the people, let them see what justice means in this country.” Crowds of Ghanian c 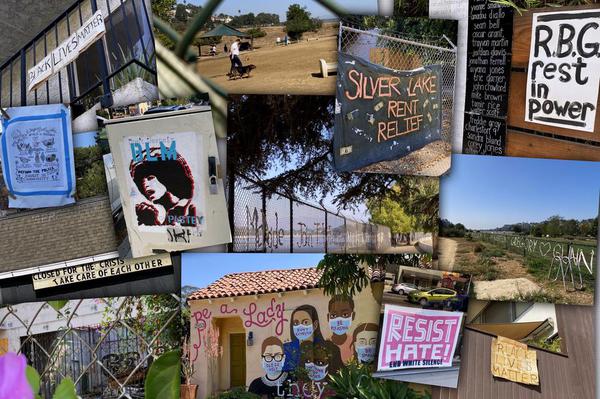 (LOS ANGELES) — A chain link fence circles the Silver Lake reservoir. Around it are hundreds of names of African American citizens killed by police. Woven in the galvanized steel along this 2.2 mile circumference, the Say Their Names: Silver Lake Memorial went up shortly after George Floyd’s death in honor of the Black Lives Matter movement. Some of the material has deteriorated from exposure to the elements, and the Los Angeles Department of Water and Power issued a statement in August saying i 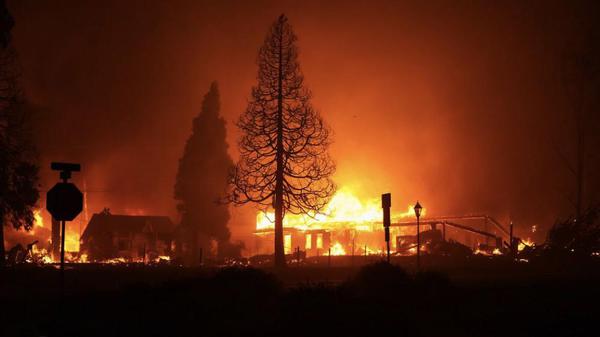 Hope Amid Destruction for Oregon Families

(ASHLAND, Ore. ) — Just days before Talent Phoenix School District was set to start the unprecedented 2020 school year, Laura Millette and her fellow teachers were about to distribute Chromebooks for low-income students. The sky was dark from smoke from fires nearby. Millette went into the principal’s office as she was concerned for some of the teachers who had asthma. With the strong winds and 103-degree heat, they decided to cancel the event. Four hours later, the Almeda fire, one of several t
Load More Articles
Close ✕